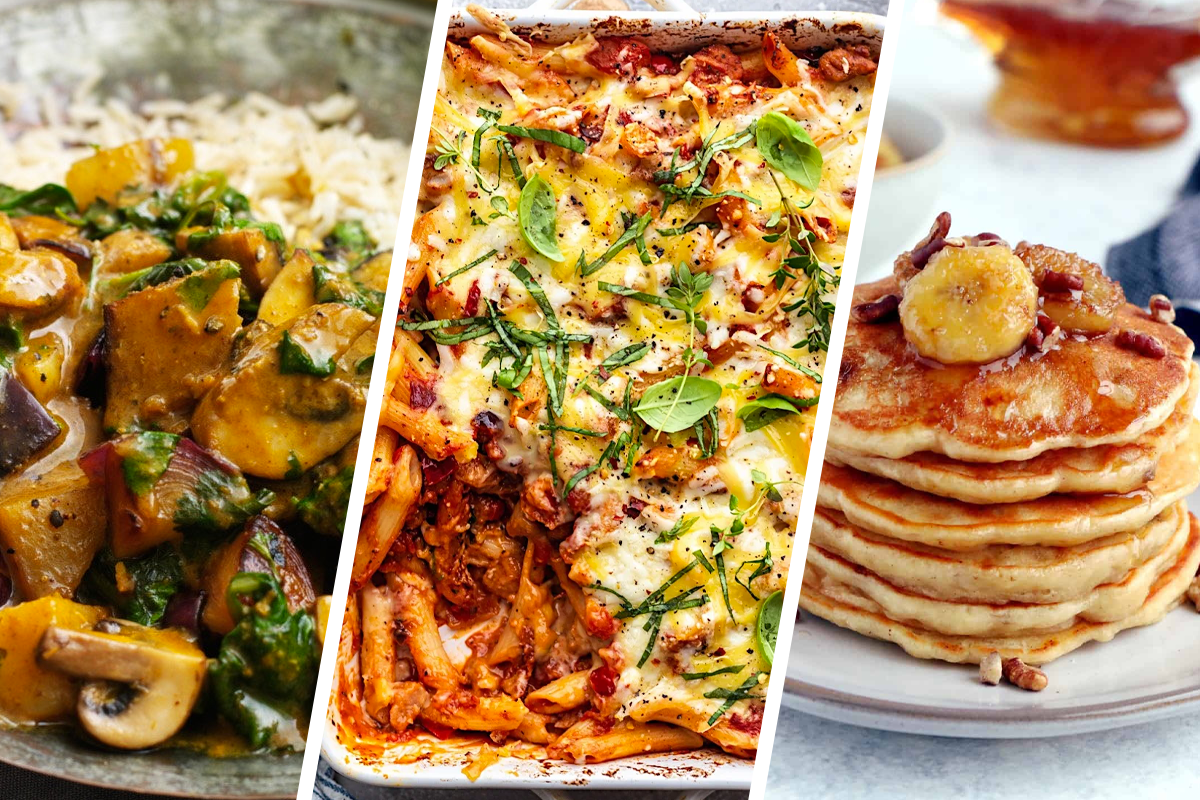 Starting a new year is a daunting prospect. For many, December is a heavy month of decadence and excess that is summed up perfectly in one of my favourite ever memes...

It's because of all of that debauchery that people often decide to quit drinking or cut down on meat - or whatever else - for the entirety of January. We're absolutely not telling you to do that; in fact you should do whatever makes you happy, as long as you stay safe and healthy, that is, but if you do feel compelled to make change then this might come in handy for you.

Now I don't want this to be one of those really long and annoying recipe articles that go into my whole family's backstory and how I discovered a certain dish and what it means to me, so I'll just jump into it now. Here's some easy and cheap vegan recipes for you to try!

What you'll need for 16 servings:

It's worth noting that these brownies won't be all that sweet, so you might want to add in some syrup or dates, sugar or coconut sugar if you're not already using sweetened nut butter. Also, if you're allergic to nuts, there's a really great peanut butter alternative called WowButter, made almost exclusively from soya. Have a look into that. Conversely, you can use tahini, or sunflower seed butter.

What you'll need for 4 servings:

What you need for 6 small pancakes:

What you’ll need for 2 servings:

What you need to serve 4:

Sex and the Students: What you cats like in bed!